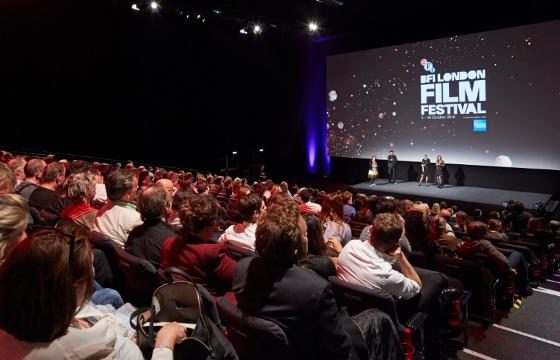 While truly great filmmakers have often been able to tell a story without us noticing the narrative devices they so cleverly employ, the same cannot be said for many of today’s independent films, since – more often than not – they get rid of that pesky storytelling element altogether. Why bother with a plot, for example, when you can simply fill two hours with „walking and talking“, having the characters say all you ever wanted to say, but never could get anybody to listen to.

At least two of the twelve films nominated for the 8th FIPRESCI International Critics Award at the London Film Festival fell squarely into that trap, most notably the erroneously titled Argentinean entry The Hours Go By (Como pasan las horas) whose deceptively short running-time of 85 minutes seemed infinitely longer, thanks to the inane trivialities sprouted by the four characters. Spanish Slacker-film Isolated (Aislados) fared a little better since filmmaker David Marqués gave his two protagonists a Frenchman to make fun of – a device guaranteed to get at least a few chuckles out of even the most jaded, non-French critic – but in the end the never-ending dialogue about computers, old VCRs and 80s Hollywood-movies left the viewer with the distinct impression that Marqués (a) had nothing to say, and (b) needed to get laid.

Another disturbing trend in modern day World and European cinema could be called „non-cinematography“ – the art of making a what’s on the screen look worse than a blind Parkinson’s patient’s home movies. While Italian entry The Wind Blows Round (Il Vento Fa Il Suo Giro) – which looks like VHS aiming to be 70mm – should certainly have won an award for worst equipment, British entry Song of Songs could have benefited from a tripod, a few Klieg lights and an actual somebody looking at the monitor to make sure that the actors were framed correctly and in focus. As it is, what you can (or can’t) see on the screen represents a guessing game for the audience, which ties in nicely with the confusing storyline, though.

Apart from a lack of a narrative and technical polish, the worst crime in cinema can still be considered wasting the audience’s time – either through dragging its scenes out for far two long, as the Mexican film News From Afar (Noticias Lejanas) does for 120 excruciating minutes, or through simply not having (or making) a point, like the documentary-style social-drama Pavee Lackeen, which simply shows seemingly random snippets from the daily lives Irish travellers (urban nomads), leaving us to decide, if we care or not.

Faced with films like this, one tends to be somewhat appreciative of works that have at least some commendable aspect, like the droll pictures of Belgium in Bouli Lanners hopelessly muddled Lynchian exercise Ultranova or the Scandinavian seriousness of Kari Paljakka’s otherwise depressing For the Living and the Dead (Eläville Ja Kuolleille) – but fortunately the nomination-list for the 8th FIPRESCI Award managed to provide four commendable films that would have done well in any setting.

Marcelo Gomes‘ period-piece Cinema, Aspirins and Vultures (Cinema, Aspirinas E Urubus) proved to be an entertaining and enlightening look at rural Brazil during World War II, having a German Aspirin-salesman and a Brazilian country-bumpkin travel the outback with a portable picture show, while Little Jerusalem (La Petite Jerusalem) told the gripping story of a young woman trying to escape the constraints of her Jewish Orthodox religion through philosophy and love. Combined with the highly imaginative Citizen Dog, a playful Thai love story stylistically reminiscent of Jean-Pierre Jeunet’s Amélie and the FIPRESCI-Award winner, Ramin Bahrani’s truly moving immigrant tale Man Push Cart (more about those two films in my colleagues‘ texts), they raise the batting average to four deserving films out of twelve. Considering the current state of World Cinema, that’s actually not too bad – and the festival should be commended for it.

But it could be better – and that’s why international film festivals should think about sending some of their first and second time filmmakers off with a goody bag filled with a tripod, two additional lights and a few good novels. Getting all that heavy stuff back to their respective home-countries might prove to be a challenge, but the positive effect a few more lights, a little less shakiness and a semblance of a plot would have made for many of these films should be worth the additional effort, since it’s clearly in there – and not artistically – that their works were found lacking.

Fassbinder unleashed!
Have Grudge, Will Travel