The Oscars So Boring 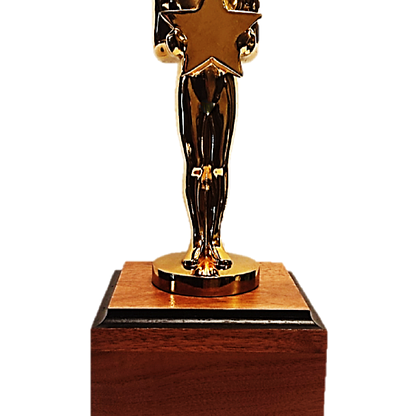 While I had a good time watching the Oscars at a local viewing party, the good company did not distract me from the telecast’s shortcomings, which were plenty and obvious.

(a) First and foremost: the absence of a host. While I did not miss Whoopie or Ellen, I did miss the occasionally sharp humor, which can only come with the host – and for one not readily apparent reason. A host is normally allowed to bring his or her own writers, providing – even after submission to the Academy, which will try to make it more “acceptable” – independent and sometimes irreverent jokes. Aka what people laugh at, as opposed to the presenter’s comments, which are written by a writer’s team under the Academy’s supervision. Which has been even more cautious not to rock any boats or offend any snowflakes this year.

(b) I’m all for some amount of diversity and certainly not unhappy to see new faces as presenters. But I’d be very happy if I was at least able to recognize them. I follow American politics and can probably recognize more congressional representatives (Republican or Democrat) on sight than most American citizens. I love binge-watching series. And probably will have seen a famous chef or two on a talk-show. But who the hell were some of these people? Should not presenters be either well-known or have at least some connection to what they represent?

(c) The answer is, unfortunately, that diversity has run amok. “The Oscars So White” has, unfortunately become “Where Did Whitey Go?” Admittedly, as a Northern European, I’m not great at remembering faces from other cultures at first glance or even after watching “Black Panther” or “Crazy Rich Asians”. It will take me a few more films or episodes to recognize them outside their roles onscreen. But I should at least be able to remember the name or get some connotation from them. Instead of being more inclusive, the Oscars have become – at least when it comes to presenters – more exclusively American and more exotic at the same time. Not a terrible idea if you want to turn them into a gameshow called “Who am I and why am I here?”

In closing:
Come on, Academy. Especially in a lukewarm year for movies, we could have used some spice to make us feel better about most of the crap we endured in 2019. Even a lame Jussie Smollett joke along the lines of: “He’s currently waterboarding himself to at least have a chance at the Emmy’s” would have sufficed.
For an event celebrating the highlights of cinematic entertainment, this one had all the charm, humor and excitement of a tax-return.